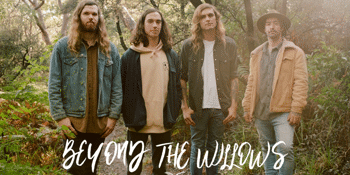 SOLD OUT - Beyond the Willows + Sketchy Fancy

Brass Monkey (Cronulla, NSW)
Thursday, 1 October 2020 6:30 PM
1 day away
18 Plus
Adult
Music
Send this event to
We are abiding by all COVID 19 Restrictions and Protocols so anyone displaying signs of illness will not be permitted entry.

All Shows Are 18+ - Doors Open 6.30pm
Venue contact - brassmonkeycronulla@gmail.com
...
Beyond the Willows are a four piece band based out of Cronulla Beach. Heavily influenced by the blues, they bring elements of both stoner and indie rock to the stage.

Having formed in early 2018, they recorded their debut 3-track EP in the confines of their own home studio and have now gone on to produce their first full length album in the same house 2 years later. ‘Into the Sun’ is the title track and first single of Beyond the Willows new material being debuted at Brass Monkey Cronulla.

With guest appearances from local big name acts and a supporting set from local indie legends Sketchy Fancy this is not a night to be missed.