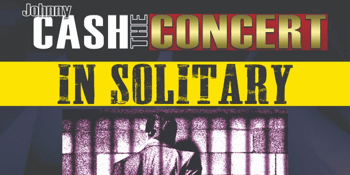 Brass Monkey (Cronulla, NSW)
Sunday, 14 February 2021 12:30 pm
137 days away
18 Plus
Adult
Music
Send this event to
We are abiding by all COVID 19 Restrictions and Protocols so anyone displaying signs of illness will not be permitted entry.

All Shows Are 18+ - Doors Open 12.30pm
Venue contact - brassmonkeycronulla@gmail.com
...
Daniel Thompson, Star of the 2020 season of Legends in Concert – Las Vegas at the Palms at Crown, Melbourne presents
Johnny Cash The Concert – In Solitary.

In Solitary sees Johnny Cash The Concert in 2 person intimate mode, presenting the songs that defined Johnny Cash as an icon of popular culture.

One of the most influential and enigmatic performers of the 20th century, Cash was perhaps best described in the words of long time friend, songwriting legend Kris Kristofferson…

“He’s a poet, he’s a picker, he’s a prophet, he’s a pusher
He’s a pilgrim and a preacher and a problem when he’s stoned
He’s a walking contradiction, partly truth, partly fiction
Taking every wrong direction on his lonely way back home”

The real truth about the man that was Johnny Cash is laid bare by Cash himself in his songs, for everyone to see. Regardless of weather or not Kristofferson was specifically referring to Cash in these lyrics, they seem to best sum up the legend, the fiction and the truth that was The Man in Black.

Over the last 10 years, Johnny Cash The Concert with Daniel at the helm, has gained a reputation as one of Australia’s premier tribute show, touring extensively throughout Australia, presenting an authentic, respectful and heartfelt tribute to Johnny Cash and his music. In January 2020, Daniel garnered rave reviews in his starring role in Las Vegas based tribute show Legends in Concert’s Melbourne season at the Palms at Crown

In this intimate show, In Solitary, Daniel performs songs spanning Cash’s entire incredible careere, telling the story of who Johnny Cash was, who he became and why his legend had grown since his death at age 72 in 2003.

Don’t miss this night of the incomparable music of the Man in Black and the legend of Johnny Cash, In Solitary